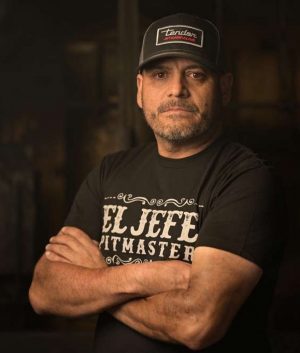 Dante Ramirez has been in the catering and restaurant business for more than 25 years with extensive experience in the Dallas/Fort Worth market.  Dante began his career in college, working for Rosa’s Café in Lubbock, Texas as an assistant manager.  After college, he moved to Dallas and landed a job with Mary Kay, Inc. as director of catering. During his tenure with Mary Kay, he worked with culinary gold medalist François Keller and executed events for senior leadership and corporate staff under the Richmont Brand.

Dante was recruited away from Mary Kay to work for Consolidated Restaurant Operation (CRO) where he created CRO Catering with Gene Street and the CRO senior management staff.  Dante and his team grew the catering business to a multi-million dollar sales vehicle, utilizing proven CRO concepts with a focus on consistency and client service. Today the catering operation is one of CRO’s largest revenue-producing divisions.

In 2000, Dante left CRO to open his first restaurant franchise, a Weinerschnitzel in Fort Worth, which he ran with his wife.  Once the restaurant was fully operational and stable, Dante returned to the full-service restaurant space as General Manager of Red Hot and Blue in Flower Mound.  In less than a year, he took that store to record-breaking sales levels and was ultimately recruited to build a catering platform for Abuelo’s Mexican restaurants in the DFW metroplex. The catering program Dante launched at Abuelo’s continues to thrive with healthy margins and a consistent growth pattern.  Most recently, Dante has worked as a director with Bone Daddy’s BBQ, developing a catering platform and managing various operations. 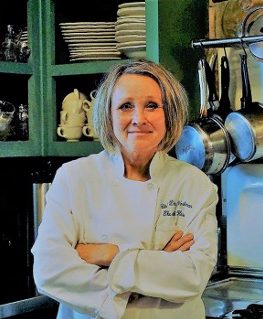 ef Debra Workman was born and raised in Bridgeport Texas. My southern roots, experience, and travels have all inspired my approach of taking healthy fresh ingredients and turning them into comfort pleasures of finesse and flavor.

Debra graduated from Texas Tech University with a Bachelor of Science degree in Exercise Physiology and later went on to graduate with a Master of Exercise Physiology and Nutrition degree from The University of North Texas, and the Fort Worth Culinary Academy. Debra’s career enabled her to travel the world and found herself captivated by the different lifestyles and the various cuisine flavors.

Debra’s vision of using her southern roots to put her own spin on comfort foods led her on an exciting journey and she still enjoys taking uniquely familiar comfort foods and giving them a healthy spin. 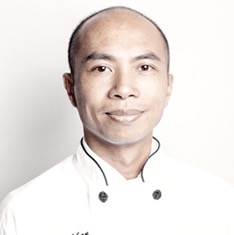 Chef Ched Pagtakhan graduated from Triton College in Chicago and received his A.A.S. degree in Culinary Arts. He has over 22 years of diverse industry experience that includes management positions in luxury hotels, resorts, fine dining restaurants, high volume catering, corporate dining, and culinary education. Chef Ched has been teaching culinary arts for over 11 years and was awarded the “2014 Culinary Educator of the Year” by the American Culinary Federation, Windy City Chapter for his work as Head of the Culinary Program at Triton College. He also owns and operates a local food truck business, Just Encased LLC, which focuses on scratch-made sausage sandwiches with distinct flavor profiles.